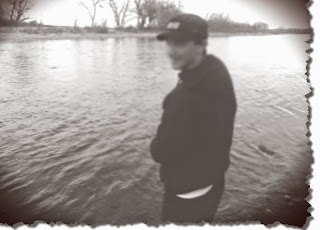 He entered my life Godlike on another summer night in Tucson. His smile lit me up like an electric eel. An electric eel God. Unloosed, rootless, he worked as a strip-club cook. I admired his freedom from the fishbowl windows of the resort where I served spinet tomatoes and poured nineteen-dollar water. I wanted to start over, working myself lead tired, sober in an intoxicated world.

He wanted, I think, to win money—lottery money, casino money, quick, magical money—but most of the time he ended up with a string of arrests in towns he would try to never visit again. We met in the neighborhood, where His mother lived a few blocks away from me passed out on a dirty mattress the one time I saw her. He said she was drunk. He didn’t say anything about the four hardback library books stacked on her redolent kitchen counter, but he did act as if she had raised him to be a good man, somehow between the shelter and the street. I knew he was a good man because he looked me in the eyes the first time he made love to me. Tom Waits sang in the back of my mind. Women falling out of windows in expensive clothes.

I yearned to become pregnant, wanting to bind him to my body, electrocute myself alive. Instead and soon he left for Montana or San Francisco or Eugene or one of the million and ten cool-sounding places wanderers go after they win your heart, the one they never wanted to win.

I ran away. I found Him. We made love in rented rooms, hourly rooms, my fingernails skidding along the windowsills of sobriety. I had a job, briefly, in a wine shop. I never slept outside. I parsed out $20 for hostel rooms. I slept on a couch or two. How long would I have had to stay in that place to claim homelessness as my story? Homeless. Grimly bohemian. I was both. I was neither, but there were nights that drew lines.

Memory-transcript of a phone call to an old friend:

I’m sitting down on the street.
Where are you?
Below Market somewhere.
Is there somewhere you can go? Just get the room. Spend the money.

Thanks to her voice I never found out whether, on my own, I would have stood up.

I got over him. Ugly over. By sleeping with too many men, men from whom I wanted nothing. I pretended to want their love but I sought solace instead in money, stability, working my way up front-line management jobs no one else wanted. I leased apartments to the downtrodden, and when I had to, I evicted strangers like Him to retain my position, saving every paycheck until one day the shadows of that story, the one I could never claim as mine, receded. I was no longer one of them anymore.

Still and for years I met him in hotel rooms once every few months—until an unforgivable rumor rear-hooked me with primitive teeth and I deleted the real Him from my life. At the same time he was becoming a story. I gave it a title, “The Narrow Bed,” and in my mind our love looked like Van Gough’s bed, dizzy and skinny and faded and beautiful. It looked like the hostel where he lived when he didn’t live on the street, a dreary cinderblock Paradise.

Years later, Bird’s Thumb published “Shelter,” the final version of the story that would become my grip on paradise, the story of a life I adopted for a while and then handed back to people like Him. The story was never mine to begin with. The story is mine. Lumping the word story with the word mine is useless. It is life. Life is a story and stories are Gods. They light up, electric, blazing trails in the distant dark before crashing to a fallen place the eye that spied them will never, ever find again.

Don’t go looking for stories, He would say. Look for Gods. 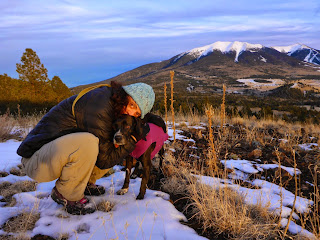